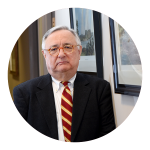 As the last weeks of June ticked down, the typical flurry of activity that accompanies the end of the Supreme Court’s term overshadowed the Court’s denial of certiorari in Macy’s, Inc. v. NLRB (Case No. 16-1016) on June 19, 2017, thus leaving intact the Fifth Circuit decision[1] affirming the Obama Board’s decision[2] finding a small unit of cosmetics and fragrance employees employed at a local Macy’s department store in Saugus, Massachusetts to be appropriate. As discussed more fully below, the Board in Macy’s relied on it’s prior decision in Specialty Healthcare & Rehabilitation Center of Mobile, 357 NLRB No. 83 (2011) enfd. sub. nom., Kindred Nursing Center East LLC v. NLRB, 727 F.3d 552 (6th Cir. 2013). In Specialty Healthcare, the Board sets forth the principles that apply in cases where one party, usually the employer, contends that the smallest appropriate bargaining unit must include additional employees beyond those sought in the petitioned-for unit. In Specialty Healthcare, the Board stated that “…when employees or a labor organization petition for an election in a unit of employees who are readily identifiable as a group (based on job classification, departments, functions, work locations, skills or similar factors) and the Board finds that the employees in the group share a community of interest after considering traditional criteria, the Board will find the petitioned-for unit to be an appropriate unit, despite a contention that the employees in the unit could be placed in a bargaining unit, …unless the party so contending demonstrates that employee in the larger unit share an overwhelming community of interest with those in the petitioned-for unit. 357 NLRB at 945-946 [footnotes omitted].”[3]

The Board’s enunciations of a so-called “overwhelming community of interest” standard does not appear in prior Board precedent but from a phrase based in the D.C. Circuit’s opinion in Blue Man Vegas, LLC v. NLRB, 529 F.3d 417, 421-422, a case involving the issue of whether salaried, musical instrument technicians should be excluded from a traditional hourly craft unit of theatrical stage crew employees.  Blue Man certainly did not involve either an analysis of units in the healthcare industry or the retail store industry.

In Macy’s, the Union sought a unit of 41 full-time, part-time and on-call employees engaged in the sale of cosmetics and fragrances; they were part of an overall group of 120 selling employees. The cosmetic and fragrance employees worked in two separate areas of the store connected by a bank of public escalators – those on the first floor selling women’s cosmetics and fragrances, and those on the second floor selling similar products for men. In addition, employees were assigned to work at specific counters based on specific cosmetic hand products carried by the store. Other selling departments also had vendor specialists for their specific brand or line of products.

For many in the management community, the Board’s determination that these employees enjoyed a separate comity of interest and were a separate appropriate bargaining unit appeared to be an arbitrary one, and that these employees were nothing more than a fragmented portion of the department store’s sales force.  Therefore, the Board’s determination was arguably based primarily on the extent of union organization in violation of Section 9(c)(5) of the NLRA. However, with two circuits endorsing the Board’s views on the Board’s application of its Specialty Healthcare test, it was unlikely that the Supreme Court would review the Board’s position, leaving the matter squarely in the hands of either Congress, where legislation has been introduced in both the House[4] and Senate[5], or the Board itself. Given the Congress’ current preoccupation with other initiatives, e.g. healthcare, tax reform, a legislative solution seems far down the list of priorities, and difficult to obtain consensus on. Any change in the Board’s approach to bargaining unit determinations will have to come from a new three person majority and the right cases as vehicles for change. That may well be months away from actually happening.[6]

[3] As the case name might suggest, Specialty Healthcare arose in the healthcare industry, and involved a unit of certified nursing assistants in a nursing home and rehabilitation center, which is considered under Board law as a non-acute care facility.

[6] Board Chairman Philip Miscimarra, one of the dissenting members in Macy’s and a staunch critic of the current majority’s approach, recently announced that he would not seek reappointment for second full-term and will leave the Board when his current term expires in December of 2017.  See Bloomberg BNA Daily Labor Report (August 8, 2017).